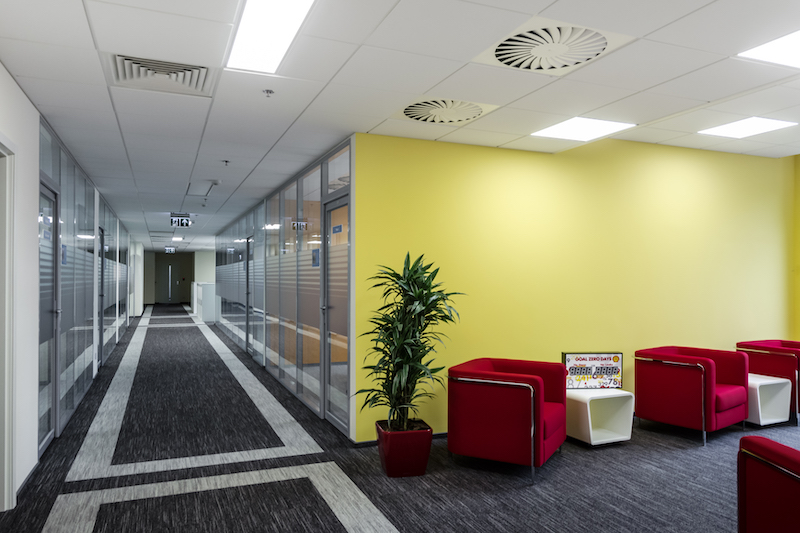 Design, construction, finishing works were performed for premises with a total area of ​​more than 2,600 square meters. in accordance with LEED 2009 standards (LeadershipinEnergyandEnvironmentalDesign - Guide to Energy Efficient and Environmental Design)

This project was implemented by the TRK construction and engineering company with the support of Jones Lang LaSalle Russia and the CIS, which represented and accompanied the project on behalf of Shell at all stages of its implementation.

The project has become a unique and the first such project in Ukraine in terms of specially designed engineering solutions for controlling air conditioning, heating and ventilation systems, automating their work, which was designed and implemented by TRK in accordance with ANSI / ASHRAE / IESNA Standard 90.1 - 2007.

The key feature of this project is the successful certification according to the LEED 2009 standard for commercial interiors and the receipt of high ratings for energy efficiency and environmental friendliness of developed and implemented engineering solutions, and other work undertaken during production.

Thanks to the close cooperation of TRK with the main LEED project consultant Jones Lang LaSalle Russia and the CIS, the project was nominated for a LEED Gold certificate. Confirmation of full compliance with the declared ratings for all sections of certification took place at the end of 2013.